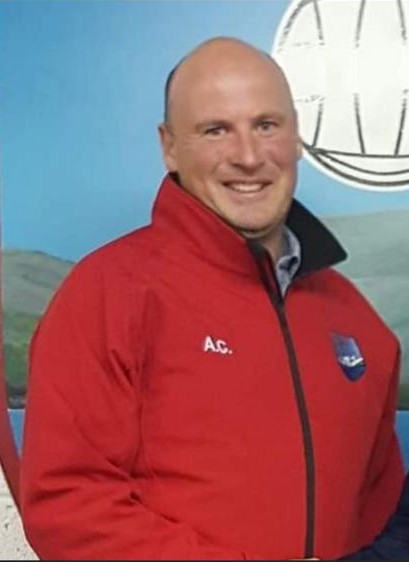 We at Cumann Luthchleas Gael Eadargoil, are devastated at the news of the untimely passing of Aidan Cremin affectionately known to most of us as “The Sherriff”.  To his family, his mother Eileen, brothers Séan, Michael, Brian and Padraig we extend our heartfelt sympathies and deep gratitude that we were able to be part of Aidan’s life, as a club and a community he felt so at home in for the last 13 years.

Nothing we are about to say will do Aidan and his contribution, positivity and all-round work ethic towards us as a club and community justice. Aidan was a huge presence within our small club and parish as a whole. From the 1st day he arrived over 13 years ago, he immersed himself into the community of Adrigole and the surrounds of the Beara Peninsula. He transferred to the Adrigole GAA club as an intermediate player from 2008, not before having become involved with some of the underage teams within his first few months of being stationed here as the community Garda. This was to set the scene for his huge commitment and involvement to the club as well as Beara Teams and County Development Squads for many years and up to his untimely passing yesterday.

Aidan it is fair to say, revolved his life around Gaelic football. While he had a huge interest in many sports, GAA was his passion. He spent endless hours rain or shine in the GAA pitch training teams as well as driving some of our younger players to games and sometimes County training sessions. Anything GAA related Aidan was there. While he was never a man that looked for praise or recognition, he was always quietly working away in the background of many fundraising events or events run by the club. He was an active volunteer in our Annual Club Festival, to which he brought so many ideas to the table when it came to different fun and games events we ran as part of the weekend for young and old.

Aidan was to us as a club, a former player, an extremely active club committee member through his role as Coaching officer, an underage and adult team coach, referee, a mentor to our youth and a dear friend to so so many of us.

His loss is going to be immense to us as a Club and a parish and something we will feel for many years to come. He has however left a huge legacy for which we will be eternally grateful to him for. Ar dheis Dé go raibh a anam. #Kingdomrebel